Join Isaac and Titus Smith As They Provide You with Raw Unfiltered Truth. 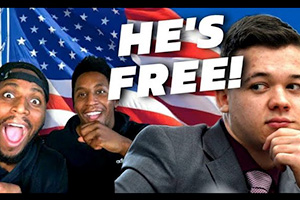 On this episode the smith bros break down the results of the Kyle Rittenhouse trial. 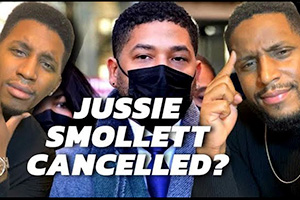 In this episode the Smith Bros break down the Jussie Smollet case. 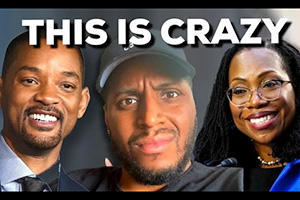 In this episode the Smith Bros accompanied by their oldest brother Philip Smith. 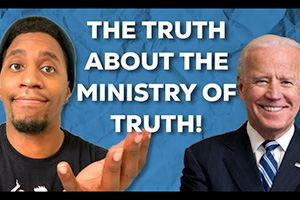 In this episode the Smith Brothers cover the Biden administration’s attempt to implement their ministry of truth. 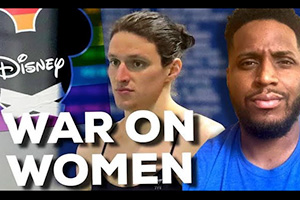 In this episode the Smith Bros talk about the controversy that surrounded Lia Thomas and his decision to compete in the NCAA women’s 500 yard freestyle race.

Titus and Isaac Smith are conservative political commentators. They have made a name for themselves across all social media platforms. Back in twenty-twenty the brothers started off on tiktok, gaining popularity while making videos coming against Joe Biden, BLM, and woke culture. Now the brothers have branched off to Youtube as well as Instagram where they have gained even more success while preaching that same message. SMITHBROS goal is to educate, inform, converse and connect with people from all walks of life and have fun doing it. Although the topics they talk about are serious, the brothers do not take themselves too seriously. One goal of the brothers is to be a beacon of light to young black conservatives, and conservatives who feel left out and alone, showing them there are more people like them than they think. Nobody should have to give in to the pressure of the left who spew a false narrative of where America truly stands. We want to normalize conservatism all over the country, and take a deeper look into people’s humanity instead of seeing them for their political beliefs which in their belief is one of the biggest problems we have in America. Titus and Isaac believe when you bring down someone who disagrees with you it shows a very low level of emotional maturity. Respectfully disagreeing is a concept that the brothers would love to make great again in America, but in order for that to happen we are going to have to be bold, strong, sharp and ready for anything. Because the left will stop at nothing to continue to keep the divide.

Titus and Isaac have a HUGE problem with the emphasis on social issues in this country. Martin Luther King Jr. said “people should not be judged by the color of their skin but the content of their character” we would like to take it a step further. People shouldn’t be judged/ hated /canceled/ publicly scrutinized not only because of skin color but also political affiliation, personal beliefs on controversial topics, their religion or publicly stating their opinion, unless it is actually harmful to the point of someone’s life ACTUALLY being in danger. Titus and Isaac HATE the concept of canceling culture, the ability to ruin a person’s life because you disagree with them is disturbing. SMITHBROS will be passionately going against the idea that because you’re a black person you must subscribe to the democratic party. Although historically they are known to be the party of slavery and segragation, they have managed to brainwash and virtue signal the black community into a vote every four years, and we must stop that NOW. Titus and Isaac are also very passionate about saving the american children from this push to sexualize and groom them to go down a path that kids shouldn’t be going down there is a intentional attempt to remove the innocence of children and expose them to information and lifestyles that should only be discussed to them at an appropriate age by their parents.
Some people say talk is cheap but the SMITHBROS find that to be inaccurate. Since becoming influencers and posting on social media they have received many DMs of people saying because of the brothers direct approach to the topics going on in the world it has allowed them to see things through a different perspective, and minds have been changed along with many people thanking them for all that they do.” Just speaking out is very powerful, and can make a huge impact” Titus says. That being said just like the bible says faith without works is dead, the SMITHRBOS believe its very important to get out and be proactive, peacefully protesting when an injustice occurs, going out and voting for candidates who stand for the same morals and values they have is something everyone needs to do. Titus and Isaac are ready for the people of this country to put their money where there mouth is and stand up for what they claim to believe in. To keep up with the brothers check their social media there are post every single day whether it be on their individual channels or their joint chanel SMITHBROS podcast there will always be somewhere to go to watch the brothers.

Titus & Isaac are located in the great state of Texas. It was bible college when they decided to start posting political commentary something that neither of the brothers thought they would ever do. They can be found on all well known social media platforms that includes Youtube, Instagram, Tik Tok, Twitter, Rumble and Truth Social. SMITHRBOS are taking the world by storm as they continue to speak boldly and proudly their conservative and traditional values that have gained them millions of views and thousands of fans. Whether you like short form content or long form content between the two brothers you will not be disappointed because they do both so go follow, subscribe and enjoy. They also plant to join other social media platforms in the future so stay tuned.

Patriots the SMITHBROS know how important it is to you for them to be changed in our country and they share that same passion and they would love nothing more than to continue to spread their message. In order to do that they need your support. With the help of all you amazing freedom fighters the mission to help save America will grow and expand. It is when we all come together and give it our all that we will truly see change. Down below are a list of multiple options in which you could be blessing to the brothers and or partner with the brothers via monthly support. God bless you.
Cash App: https://cash.app/$titussmith28
Paypal: https://www.paypal.me/titussmith28
Venmo: https://venmo.com/code?user_id=2817198804434944874
Patreon: https://www.patreon.com/Titusellissmith (Monthly Partners)

Fill out the form below to have your mind blown.